Accountants and partnerships – is it time to move on?

Accountants and partnerships - is it time to move on? 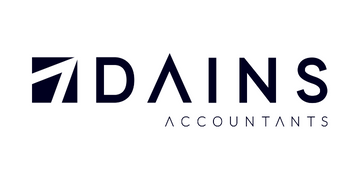 Up and down the country, partnerships are the preferred way of operating for many accountancy firms. But, even if it is the de facto model, does it still provide firms with an advantage over their competitors, or is the model no longer fit for purpose?

A partnership is generally easy to form and can provide for effective trading as demonstrated by many smaller accountancy firms, particularly if they plan largely to keep their business ‘ticking over’. But a corporate structure can be more suitable when there is accelerated growth, as it allows for the appointment of a greater volume of more senior people and the provision of new services.

As a business becomes larger, a partnership may become unwieldy, with disagreements between partners likely to become more commonplace, both in terms of the direction the business needs to take, as well as how profits are shared.

To traditional partnerships, unlimited liability may also pose more of a risk as a practice expands and diversifies its offerings – over the past decade, accountants have also become trusted sources of advisory services both in terms of regulatory change, digitalisation and ESG.

Another piece of the partnership puzzle, which has become harder to solve, is how to bring on more equity partners. Notably, this is a situation that has become exacerbated since the pandemic due to the introduction of flexible working as well as the recent cost of living crisis.

It has become increasingly difficult to become an equity partner and many may feel it is unattainable, which in turn holds back growth and results in a shortage of leadership talent.

It is therefore apparent that for some firms the partnership model may no longer be fit for purpose and changing how a firm is structured could well be more appropriate.

A different approach to partnerships

Dains decided to transition away from the partnership model in 2019 but took time to evaluate the alternatives. In December 2021, the business incorporated a change of structure that was seen as more suited to its ambitious growth plans.

The business, established in 1926, was a longstanding partnership, which converted to LLP status in 2007 and had focused on organic growth from its base in the West Midlands. Becoming a corporate structure also coincided with the practice gaining private equity backing from Horizon Capital.

For Dains’ chief executive officer, Richard McNeilly, this was the “rocket fuel” needed to make a number of acquisitions. These recent deals have included Barringtons, which has offices in Staffordshire, Cheshire and Shropshire and William Duncan + Co, which operates from Glasgow, Ayr and Kilmarnock. The latter has allowed Dains to gain a foothold into Scotland.

These acquisitions have set Dains on a different course and McNeilly believes being a corporate structure is a core part of what has made the practices’ evolution so successful; more acquisitions are also in the pipeline with plans to expand more widely into advisory services.

He comments that advisory is now responsible for around 20% of Dains’ revenues and continues to grow. “We’ve also seen technology become increasingly critical and this is driving efficiency, as well as the fact people can work far more flexibly now,” says McNeilly.

The benefit for talent acquisition

Acquisitions have resulted in a far larger workforce and according to McNeilly, scaling up within the senior tier is facilitated by corporate structure status. It is easier to take people on and in contrast, partnerships are required to restructure when new partners are added on.

He believes that the equity partner route is now losing its lustre. “I took equity and raised finance before the last recession. Banks were willing to lend large sums of money without structured repayment profiles and margins were very low. Facilities were normally available on an unsecured basis,” he says.

“But times have changed, and a bigger equity stake is often demanded. Finance is harder to come by and is more expensive. What’s more the next generation of partners might be paying off student debts or struggling to get on the property ladder. I don’t believe in putting up financial barriers for people and I know of cases where high quality people didn’t reach equity partnership because of their financial status, not because of their ability.”

McNeilly also believes a company remuneration package can be equally, if not more, attractive than a partnership, but that salary alone is far from being the sole motivator.

“Employees want to work for great companies and be rewarded and valued. That could include the chance to work in different locations and for secondment to other divisions,” he says.

He adds economies of scale also means scope to offer career breaks and flexibility through hybrid working and condensed or part time working. “Today’s superstars are more savvy about what they want from their career and I applaud them.”

The role of HR

If practices are going to shift away from the partnership model, additional changes will also need to be made in terms of training and development. McNeilly believes HR departments within practices have a role to play here given that partnerships often fall short in helping young accountants develop their professionalism.

A corporate structure structure can also be more suited to having a more diverse range of talent, such as those skilled in technology and marketing, to boost the practices’ overall business proposition, as well as in attracting the best accountants.

McNeilly says incorporation will result in more career openings and a flatter management structure, alongside the business being committed to promoting a work-life balance.

“If you are someone who is working 60-70 hours a week and looking to move, why would you want to join another firm that just offers the same?” he says.

With a recession underway, clients may be leaning more heavily on Dains to provide additional advisory services, but the practice believes its corporate structure status will help ensure it has the necessary reach and expertise to keep pace with its clients’ demands – something a partnership model would have challenged.

Breaking away from the partnership norm, may not suit all, but for Dains, it is providing a catalyst and in a crowded market, is just one more way of acting as a differentiator.

People In Business Creating a one-team culture through marketing

Creating a one-team culture through marketing